Day 4 of the 19th World Transplant Games and Team Ireland are continuing to do their country proud and indeed continuing to be fantastic showcases for the successes of organ donation. Team Ireland consists of 24 athletes ranging in age from 12 to 68, all members have received an organ transplantation including kidney, heart,liver and pancreas. Seven of the kidney recipients received their transplant from living donors.

Team Ireland’s swimmers showed other countries how it’s done today despite facing “deep” competition. Sheila Gregan was the first to win a medal today when she took the bronze in the 400m freestyle. This success means there is a strong possibility that Sheila secured a medal in the virtual triathlon which included the 400m swim, the 5km road race and the 20km cycle. Results of the virtual triathlon shall be announced tomorrow night. Sheila is an accomplished triathlete and is a member of the Nenagh Triathlon Club.

Sinead McGowan, Galway native but currently living in China arrived at the Games today competing in the 50m freestyle. Sinead learnt how to swim only last year and impressively swam at a speed that secured her a place in the final. Sinead received her kidney from her brother  Seamus in October 2009 and her late arrival at the games was due to the taking place of his wedding in Donegal. Peter Heffernan swam exceptionally well today narrowly missing out on a bronze medal. It’s Peters first time competing at the World Games. He said. “It’s amazing to see such a wide age range of competitors, it is a great incentive to keep going. I’m delighted with my medal. Competing in the Games makes me reflect on my donor and my gratitude to them for giving me the gift of life. Prior to dialysis myself and my family had wanted to go on a family holiday to South Africa. Now after my transplant that is finally happening and it’s wonderful I’d like to thank my family for all their support and team Ireland for being such a great bunch.” Orla Hogan and Deirdre Faul competed in the swimming events also both swimming very well. Dalkey woman Deirdre Faul swam the 50m breast stroke at a speedy time placing fifth.

One of Team Ireland’s youngest members 15 year old Andrew Duncan took gold in the Tennis Singles event today defeating a South African and a French athlete. Andrew said. “I’m on a high after playing today. The competition is tough here but I’m enjoying it. The other countries and the Irish Team are fantastic and the South African team’s hospitality is fabulous.”

Badminton doubles team Harry Ward and Vienna White competed well in the event today. The dynamic duo beat the British team and then narrowly missed entrance to the semi-final by two points in a match against Thailand. Vienna said. “It was extremely close we just missed out on a place in the semi-final but we had great fun doing it.”

Medals secured in the afternoon were taken by golfers. The golfers displayed fantastic skill and endurance today despite a tough course securing a staggering 3 medals, two gold and one bronze. Eoin Hurley, Brian Carney, James Nolan and Seamus Eager all competed in the Singles Golf event today. James Nolan took the Gold in the 40-49 category. Kilcullen man James has been a member of Team Ireland since 2002 and has attended every European and World Games since 2008. James was delighted with the victory he said, ” The course was tough, I had to putt an 160 yard shot over water which was tough and the heat was intense. However I kept my head in the game and I’m delighted that I achieved it for my family, for my donor; my sister Catherine and for my late father who encouraged me to golf. I feel he was watching over me today, I’m absolutely delighted.” Waterford man Eoin Hurley also took gold in the 18-29 category. Trinity student Eoin secured gold in the last world games in Gothenburg and was delighted to continue his winning streak. Eoin said. “I am delighted with the medal. The course was tough but in the end it all worked out. The main aim of the games is to promote organ donor awareness and I am delighted to be part of it.”

Lawn Bowls Doubles team Bridie Nicholson and Catherine Murphy took the bronze this afternoon. Catherine a kidney transplant recipient from Cork proved to be a Lawn bowl pro after taking the Silver yesterday at the Singles Event.

The Irish Kidney Association is responsible for managing Team Ireland’s participation at the games.

For organ donor cards Freetext DONOR to 50050 or contact the Irish Kidney Association on lo call 1890 543639 or log on to http://www.ika.ie. You can now store you donor card details on your smart phone by downloading the free Organ Donor Ecard app. 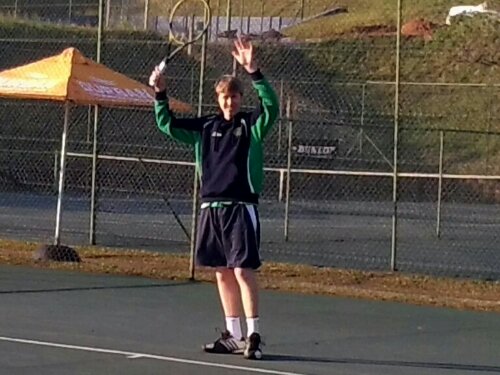