Below is a look back at our trip to Vantaa, Finland for the European Championships. Those of us who were there each have our own memories – there are the seemingly inconsequential moments that caught our imagination or inspired us, there is also the camaraderie of the team and the joy of celebrating the gift of of life. The hope is that the efforts of our team have inspired others.

Fast forward 2 years and Transplant Team Ireland had 27 competitors and 19 supporters travelling to Vantaa to represent their country, their families, their communities and their donors at the 9th European Transplant & Dialysis Sports Championships.

The team ranged in age from 18 – 78 years old, 15 counties were represented and we had 5 new-comers to the team. There were 16 kidney recipients, 4 liver recipients, 1 kidney/pancreas recipient and 6 people on haemodialysis.

Every competitor not only prepared for their chosen sports, they raised funds for the trip and the willingly shared their personal stories to inspire others. Because of the publicity raised around our involvement in the Championships new enquiries were received from people interested in getting involved in the team – even during the week of the Championships. There was a memorable tweet after the media coverage of the return of the team to Dublin airport; ‘Seeing the Irish team return from the Transplant and Dialysis European Championships so happy makes me glad to be an organ donor.’

There was a great buzz when we met up in Dublin airport on July 10th. Everyone was ready to embark on a new adventure. Everyone had their own reasons for being there but there was also a collective reason too – to celebrate the Gift of Life and to highlight the importance and success of organ donation for transplantation.

Whilst it rained heavily during the Opening Ceremony it did not dampen spirits. Long time team member Paul Prendergast sat beside his wife, Rose, throughout the Ceremony. Keen to be a part of the experience and keen to show their support they sat throughout the downpour. This image summed up transplant & dialysis sports and the spirit of our team – Together We Are Strong!

It is hard to put into words just how much Harry ward brings to our team. He gives so much of himself in support of all around him – he is our X-Factor. With him on board as team captain again everyone knew that team spirit would be high and that the week was going to be both memorable and enjoyable. Our new team doctor, Claire Kennedy, was there to watch over everyone’s health. She seamlessly fitted into the team and was a friend to all – the collective hope is that Claire will be available to be our team doctor in future. 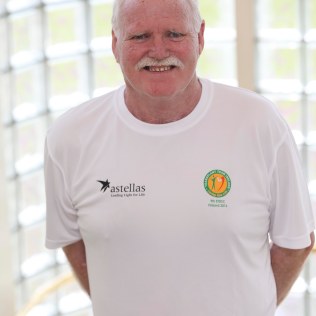 Sarah May was back with the team to ensure that this Blog was kept up to date so that family and friends could follow all the action. She also kept Gwen O’Donoghue up to date with results and stories who in turn ensured that local and national media was up to speed – we got extensive media coverage during Championships week and on our return. It was heartening to hear so much positive feedback about the Blog from other countries at the Championships in Finland.

There were so many wonderful memories from the week of competition. Our darts players set us off to a great start. Cork man, Charlie Ryan, took the gold in darts in his age category for the 5th Championships in a row – reigning champion since 2008, that is some achievement! Edward McAuliffe also took an impressive gold in his category with a variety of other medals taken by the team. 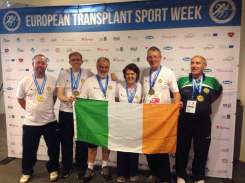 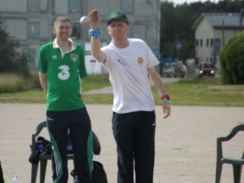 The mini marathon started and finished at the running track. There were big fields in both the ladies’ and men’s events. Stephen Byrne put in an impressive personal best in his first transplant sports event.

We were out in force in petanque with eight medals won in the singles, including a gold for Marie O’Connor. Marie teamed up with Bridie Nicholson to take gold in the doubles petanque with an impressive bronze for Linda Waters and Chikoyo White (both of whom are currently on dialysis) in the same category. Edward Crowe and  Michael Dwyer also teamed up to take a bronze in their doubles category. 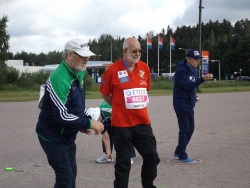 We got our first medals in table tennis for many years – well done to newcomers Matthew McNeive and Finian Farrell. Matthew was talent spotted by the German team coach who invited him to the a training camp in Germany! Another newcomer, Richard McEvoy, joined badminton regulars Mike Keohane, Harry Ward and Ned Crowe and they all came away with medals. 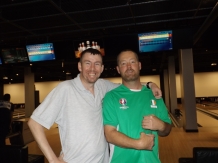 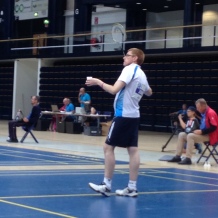 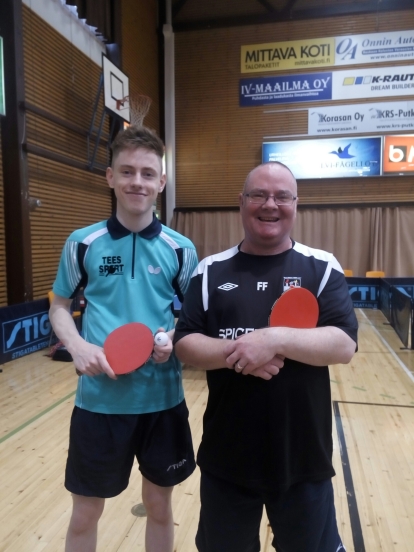 Keen to build on their successes at last year’s World Transplant Games, Deirdre Faul and Peter Heffernan took to the pool again. They were joined by Orla Hogan and newcomer, Noel Marsden. Between them they won and extremely impressive 13 medals and have set the foundation for future success in the pool. Deirdre Faul came away with a total of 4 golds and a silver whilst Peter took 2 golds, 2 silvers and a bronze.

We have always been strong in golf and with 8 golfers involved in the competition this year we knew that we had a formidable squad. Philip Kavanagh, Mick Dwyer, John McAleer and Ron Grainger had recently played in the 5 Nations Transplant Golf Tournament in Lough Erne in Northern Ireland so they were competition ready!  It was a tough course but everyone enjoyed and the day finished up with 4 gold and 4 silver for the Irish. It was great to see Marie O’Connor back on the golf course and she came away as the best female golfer. 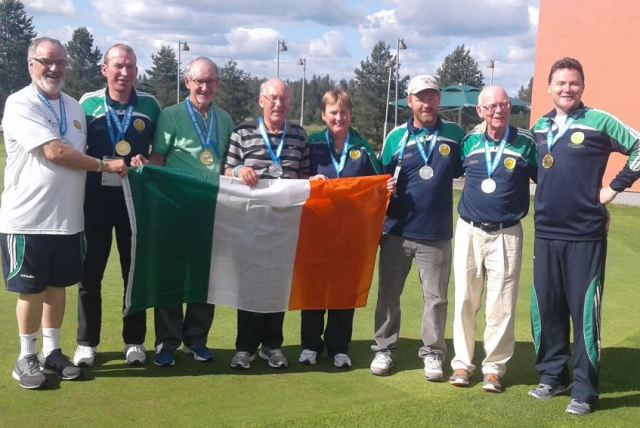 Finian Farrell was our sole representative in tennis and he acquitted himself well – he now knows the standard to aim for in 2018. In bowling singles we took three medals – Zimele Brown and Chikoyo White, both of whom are on dialysis, took bronze as did Charlie Ryan.

Our track and field team had be eagerly awaiting the chance to compete all week and we saw some fabulous performances. Ron Grainger was imperious in the sprints as well as the long jump and he also took a medal in the ball throw. Watching him sprint the second leg of the relay was like watching poetry in motion! Alan Gleeson kept us on the edge of our seats in both the 100m and 200m as he took gold in both by the narrowest of margins – he also took silver in the long jump. 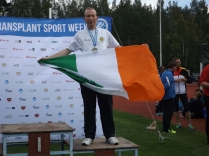 Kieran Murray overcame an unfortunately timed chest infection to take a bronze in the 800m whilst James Nolan took a silver in his favoured 400m. Mike Keohane had a busy couple of days at the athletics and came away with gold in the discus and silver in the 5km race walk. Lenny Ryan also registered for the 5km walk – a new event for him. Before he was finished Lenny had all the officials cheering him on as well as and enthusiastic Irish team and many others in attendance on the day. His bronze medal we a well deserved reward!

Being a supporter at the Championships could be described as the hardest job at the Championships but also one with the potential for so much joy.  Many family and friends travelled with the team to Vantaa and were there to cheer on their loved ones and other team members. At every venue we had competitors we had supporters and the beauty was that our supporters cheered everyone no matter what their team.

Early on the morning of the last day at the track the stand was empty except for a little band of hardy Irish supporters who sang and cheered every time an Irish team member was in action. Even the stadium announcer realised that he was guaranteed a reaction every time he mentioned Ireland – he had to pause to allow for the cheering to subside before he carried on! Our supporters are much loved and an integral part of the team.

The Finnish Local Organising Committee put on an excellent week with all the many moving parts that made up the week working well together. Vantaa 2016 will be remembered fondly by Transplant Team Ireland. We had great team spirit, great performances, (we finished 5th on the medals table out of 24 countries) great support and a real desire to inspire others – be it to encourage the public to think positively about organ donation or encourage people on dialysis and transplant recipients to think positively about sport and active living.

How has our team got to where it is? The Board of the Irish Kidney Association and the CEO, Mark Murphy, have ensured an enabling environment for our sports programme over the years. This has allowed us to build year on year. To have a staff member who can devote serious time to the development of the programme and to ensure that we have suitable medical support for our travelling athletes and supporters shows commitment to the many individuals involved in our sports programme. Ensuring adequate resources to allow us to capitalise on the positive PR opportunities associated with our sports programme shows commitment to the public message of promoting organ donation whilst also promoting the opportunities open to our transplant and dialysis community through our sports programme.

*** NO REPRODUCTION FEE *** DUBLIN : 17/7/2016 : A large gathering of family, friends and supporters armed with flags and banners greeted Transplant Team Ireland when they arrived into Dublin airport after competing in the 9th European Transplant & Dialysis Sports Championships in Vantaa, Finland. They brought with them a large haul of medals including 21 Gold, 19 Silver and 29 Bronze. This placed Irelands 28 strong team in fifth position on the medals table with host country Finland, and a much larger team of 96 athletes, taking top position out of 24 competing countries. In second place was Hungary, followed by Great Britain and then Germany. Transplant Team Ireland is managed by the Irish Kidney Association. Pictured was Transplant Team Irelands Marie O’Connor (kidney transplant recipient) from Lahinch Co Clare. Picture Conor McCabe Photography. MEDIA CONTACT : Gwen ODonoghue, Connect Communications, mob. 086 8241447 email. gwenodonoghue1@gmail.com 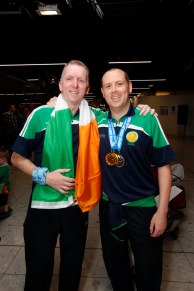 A big thank you to current IKA Chairman, Valerie Brady, for taking time out of her schedule to travel with the team to witness first-hand the positive impact of our sports programme – it is important that our Board understands what we are about. A big thank you also to IKA CEO, Mark Murphy, for his wise council and back room support at these Championships.

I have had the honour of managing Transplant Team Ireland since 2005. This is a true pleasure and a real privilege and it is down to the people who make up the extended family that is our team. This year I had the added pleasure of sharing the experience with my wife, Chikoyo, who was competing in her 4th European Championships.