Dubliner Deirdre Faul can bask in glory under the sizzling Spanish sun as she celebrates a world record and a hat trick of 3 Gold Medals at the 21st World Transplant Games in Malaga.  Her swimming teammate Peter Heffernan from Skerries, Dublin can also celebrate as he won a bronze medal today in swimming.

Just a day after winning Gold and retaining her World Champion title in Squash singles, at today’s swimming events, Deirdre seized another 2 Gold medals in swimming events and broke a world transplant games time record in the process. Her first swim competition today, the 200m Freestyle, the Dalkey native won gold breaking a record breaking time of 3.01.93 and beating the previous record of 3.05.08 set by Australian Lisa Cuthbertson at the 2009 games in Gold Coast Australia. Just a few hours later the unstoppable Deirdre, a liver transplant recipient, went on to win the 100m Breaststroke swim in her age category (40-49 years).

Peter said, “I thoroughly enjoyed the race. It’s so fantastic to be able to take part and the ability to participate and do something that I love is all thanks to my donor. The competition is tough this year so I’m thrilled. A big crowd came down to support us from Transplant Team Ireland. They are a brilliant support.”

At two other venues in Malaga, Transplant Team Ireland’s Galway native Sinead McGowan and Tipperary’s Sheila Gregan braved the high temperatures when they took part in a Cycling competition while six other team members are taking part in Bowling.   While Sinead and Sheila didn’t secure a top three placing in cycling they said they enjoyed being part of it.  Sheila Gregan from Nenagh said after her cycling event, “I am surprised how much I enjoyed the cycle. Brilliant camaraderie between all cyclists. I have two events done and one to go, the virtual triathlon, which I will compete in tomorrow.”

Sinead McGowan was the first member of Transplant Team Ireland to bring in a medal on the first day of events, a Silver for the 5km road race.

The Irish team of 27 athletes includes four newcomers. Although the main objective for team members is to embrace life and promote organ donation, some returning team members are also contesting World titles. Keen to build on their medal successes at the previous World Transplant Games in Argentina in 2015, Deirdre Faul, Kieran Murray, Tony Gartland and Peter Heffernan have being training hard in anticipation of the competition in Malaga.  Between them, the much smaller team of four won 13 medals including 7 Gold, 4 Silver and 2 Bronze in Argentina.  Two years previously at the World Transplant Games in Durban, South Africa 2013, the Irish team of 24 athletes scooped 34 medals including 12 Gold, 10 Silver and 12 bronze with 50 competing countries.

The Irish Team  will return home on Sunday 2nd July and their Ryanair flight is expected to land in Dublin airport at 17.30 hours.  An informal homecoming reception by family, friends and supporters will take place in the Arrivals Hall (Terminal One) as the team are expected to come through after collecting baggage at approx. 18 hrs.

NOTE:   Transplant Team Ireland’s return flight on Ryanair is expected to land at Dublin airport Terminal One on Sunday July 2nd at 17.30 hours. An informal homecoming reception by family, friends and supporters will take place in the Arrivals Hall (Terminal One) as the team are expected to come through after collecting baggage at approx. 18 hrs. Photographer Conor McCabe will be covering this homecoming event (no repro fee) tel. 085 7057255 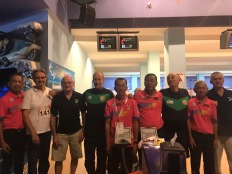