Transplant Team Ireland Captain Harry Ward, a kidney transplant recipient from Baldoyle, Dublin has been described by his fellow teammates as a spirit lifter and friend to all teams. At the team Ireland meeting in the Vinnci Hotel in Malaga on Tuesday evening, Team Manager Colin White commented on the fact that Athletes from all over the world look for Harry at events as they know if he is present a sense of fair play and laughter will be present.

This July is Harry’s ten-year kidney transplant anniversary. This summer also marks another huge milestone for Harry as he became a grandad for the first time. Harry’s granddaughter Ada was born five weeks ago and he is absolutely “besotted” with her.

He has added his unique vibrancy and quick wit to the team since he joined them for the first time in 2006.   Fellow Team Ireland member Lenny Ryan (Tallaght) earlier stated that it is, “hard to describe in words how brilliant a captain Harry is. He is a true team player, nothing is beneath or above him If you need a laugh or a pick me up Harry is your man.” Lenny also commented on what a positive figure Harry is, not only for Team Ireland but for every international team also, “every athlete on every team knows him and has a positive word to say about him.”

Newcomer to Team Ireland,  Aoife Murray, a liver transplant recipient from Dublin said that Harry welcomed her with open arms, she said, “the team is like one big family that look out for and support each other, and Harry is very much the father of that family.”

Harry competed in bowling and Pétanque events at the 21st World Transplant Games in Malaga. Harry is joined at the games by his fabulous wife Mary.

Transplant Team Ireland’s return flight on Ryanair is expected to land at Dublin airport Terminal One on Sunday July 2nd at 17.30 hours. An informal homecoming reception by family, friends and supporters will take place in the Arrivals Hall (Terminal One) as the team are expected to come through after collecting baggage at approx. 18 hrs. 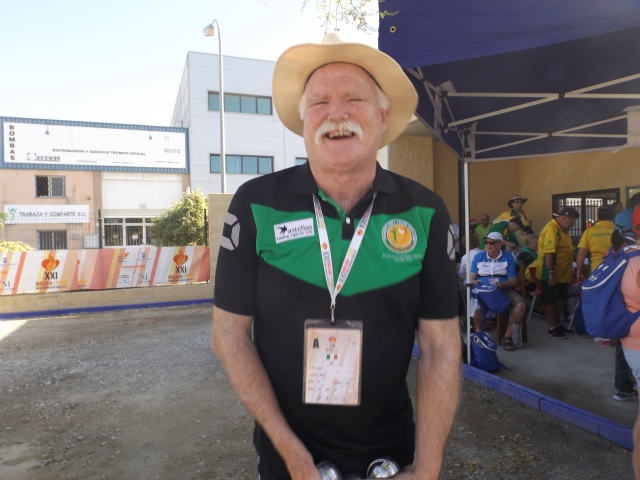