This is kidney transplant recipient Brian Carneys first Games and he has successfully secured 3 medals- a silver medal in lawn bowls, a silver medal in golf pairs and a bronze medal in golf singles event. 2013 is an exciting year for Brian, along with attending the 19th World Transplant Games in Durban, South Africa he has gotten engaged to his finacee Louise Keeley and they are expecting a baby in November.

Brian has been an avid golfer since the age of 15 and is a member of the Curragh golf club. Brian is enjoying his games experience immensely and is delighted  to have gotten involved. He said “the experience has been amazing. It’s very humbling meeting so many people with transplants of all different kinds, it really puts things in perspective. I was initially surprised to see how competitive some of the events are but it is also great to see that despite the competitive nature there is still great comradeship between the different teams.”

Brian received his kidney transplant thirteen years ago and his Games experience has made him reflect on the gift of life he received. Brian stated ” I promised myself that I would go to the Games to honour the gift I was given. 2013 has been a huge year for me and it will be a great Christmas with a new addition to the family.”

Brian has received great support from his family and friends at home, in particular from his seven year old son who has been contacting him regularly to wish him luck in his events. Brian spoke of the importance of organ donor awareness in relation to the games saying, ” through this event and through it’s publicity on Facebook, twitter and so on organ donor awareness is raised and it is absolutely fantastic to see.”

Brian along with the other Team Ireland members shall arrive home in Ireland at 12.15 on Monday the 5th of August. 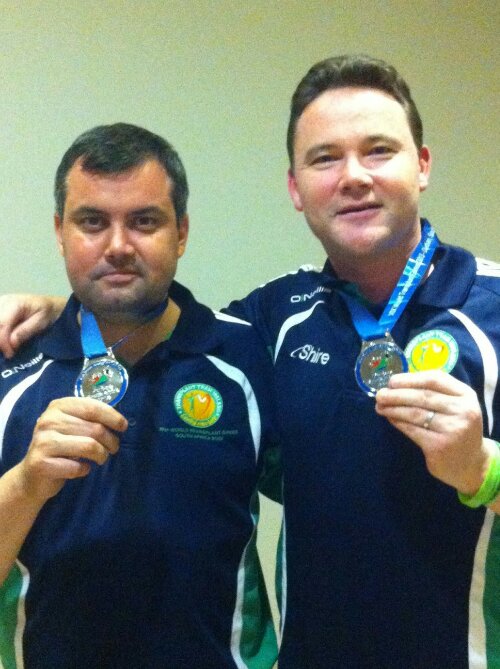