Team Ireland continued their winning streak today at the 8th European Transplant & Dialysis Championships, securing a total of two silver medals and seven bronze medals. Spirits are high amongst the Team and everyone is thoroughly enjoying their Games experience in Krakow.

Team Ireland is comprised of 34 athletes including 25 men and 9 women ranging in age from 16 to 76 years and includes 29 transplant recipients (5 liver, 22 kidney, 1 combined Kidney and Pancreas, and 1 bone marrow transplant), as well as five people who are receiving dialysis treatment. The 8th European Transplant & Dialysis Championships is held in Krakow from the 16th-23rd of August.

In Badminton today Team Ireland’s youngest member, sixteen year old Andrew Duncan of Tipperary secured a silver medal. Andrew played exceptionally well despite playing in the 18-29 year age category. Andrew was delighted with the outcome, “I am only sixteen and was competing in the 18-29 year age category. The standard was extremely high so I am ecstatic with my silver medal. I want to thank my family and the Team for all their support and my uncle William in Bagnelstown and John Amond for training me. The training paid off.”

Andrew had a very successful day as he also secured bronze in the doubles badminton competition with his partner Baldoyle man and Team Captain Harry Ward.

Deirdre Faul, a liver transplant recipient from Dublin bagged a staggering four medals, one silver and three bronze. Deirdre took the silver in the 50m breast stroke competition and she secured bronze medals in the 100m breast stroke, 50m freestyle and 400m freestyle. Deirdre attended the British Games in Manchester last week at which she was awarded 6 gold medals and 4 trophies which included a donor network trophy for best female in her category. Deirdre was delighted with the result today and explained that swimming is a new sport for her, “swimming is new for me this year and I am so delighted with how it went. The competition was tough, as was adapting to the swimming pool. This competition is preparing me for the World Games in Argentina next year!”

Peter Heffernan a kidney transplant recipient from Dublin showed great stamina today competing in many very intense swimming competitions. Peter was delighted to secure a Bronze in the 100m back stroke. He said, “I enjoyed all the races and I swam to the best of my ability. It is great to be taking part in a sport that I have always loved. Of course it is fantastic to be able to enjoy the gift of life and to see so many other athletes enjoying the gift of life also.”

Nenagh woman Orla Hogan was also thrilled with her success in the swimming events today. Orla secured a bronze medal in the 50m breast stroke. Orla stated that, “it was great to get through it and of course I’m delighted with my medal, two medals in two days- winning.”

Eoghan O’Neill joins Team Ireland for his second Games this year having competed in the European Transplant & Dialysis Games in Crotia in 2012. Eoghan is from Clare but currently lives in Limerick and he received a kidney transplant in winter 2004. Eoghan bagged a bronze medal in the 50m freestyle today in the 30-39 year age category. Eoghan said, “I am delighted with my performance, all the training paid off.”

Transplant Team Ireland supporters are second to none at encouraging and motivating the athletes. Team member Orla Hogan today said “without the supporters we are lost.”

At the previous European Championships which were held in Zagreb , Croatia in 2012, with a smaller team of 26, Ireland was placed in third position on the medals table after France and Slovenia out of 28 participating countries after securing an impressive medals haul of 14 Gold, 15 Silver and 21 Bronze.

The European Championships involve over 500 athletes from 24 European countries. Throughout the Championships which run from 16th – 23rd August, athletes will compete in badminton, tennis, cycling, darts, golf, petanque, swimming, table tennis, ten pin bowling, tennis, volleyball, mini-marathon, track and field and for the first time this year a biathlon event.

The Irish Kidney Association is responsible for the coordination and organisation of Transplant Team Ireland’s participation in the European Transplant & Dialysis Sports Championships.

For an organ donor card Freetext the word DONOR to 50050 or visit website www.ika.ie  It is also possible to download an organ donor card on smartphones  by searching for ‘Donor ECard’  at the iphone store or android market place. Your wishes to be an organ donor can also be included on the new format driving licence which is represented by Code 115. 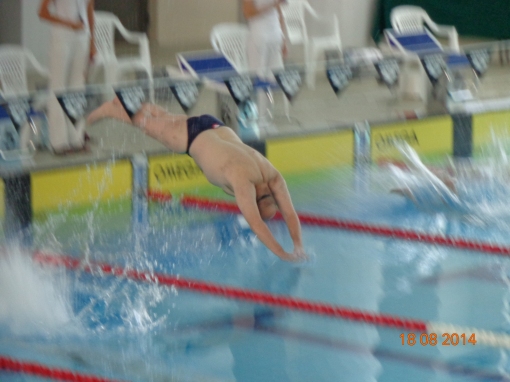